We would like to enthusiastically introduce something completely new from the world of robotics. The FANUC company has developed a range of collaborative CRX-10iA and CRX-10iA/L robots for truly safe industrial use. Vast experience in the field of robotics from a world-renowned robot manufacturer is concentrated in these collaborative robots. It has been no simple thing to develop a cooperative robot at this level, achieving the stability, efficiency and durability to which users of state-of-the-art FANUC technology are accustomed to, along with minimum dimensions and weight and maximum safety. For many users, enormous possibilities of deployment of these robots are now available. With the state-of-the-art range of FANUC CRX robots comes new intuitive programming, similar to the simple logic of a tablet arcade game. Drag & Drop programming can be done by anyone with a driver's license. Robots can become the most inexpensive and efficient part of your team. All it needs is a single-phase socket and instructions on what to do.

As a longtime implementer of welding workplaces with FANUC robots, we see tremendous potential in the deployment of collaborative CRX FANUC robots for welding applications. Companies without their own compliment of robot programmers receive an incredibly powerful production tool. New "programming" of welds or their modification is simplified to the logic of arcade games. Instead of an endless tangle of lines like loose tea leaves comes buttons with intuitive pictograms. Programming has therefore been compressed from hours to minutes, and self-sufficiency in programming finally becomes commonplace. 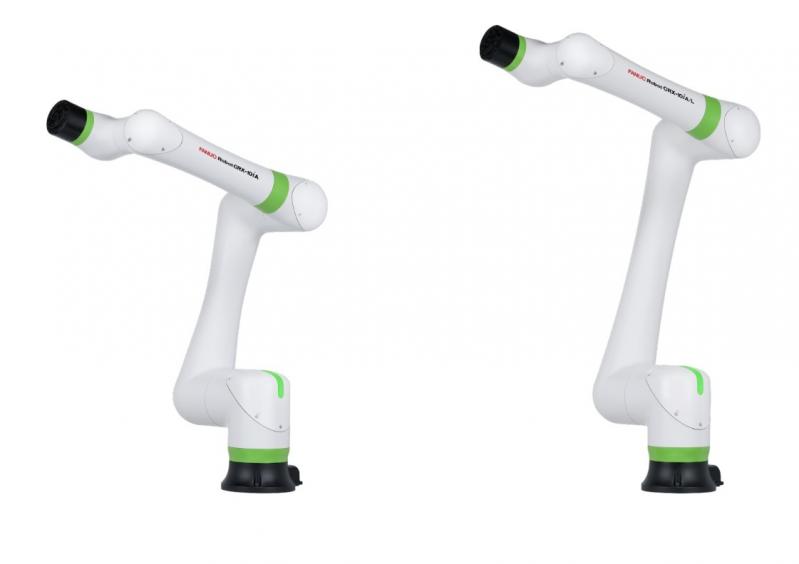 When use cobot FANUC CRX: