A modern method of surface heat treatment using high-power laser radiation as a heat source. The technology uses the cooling effect of the material itself to create a martensitic structure and is suitable for almost all types of machine parts. Shafts, pulleys, ropes, bearing bushes, gears, rails, tools for casting, pressing and cutting molds, machine parts for energetics. Laser hardening is a clean process without the need for cooling oils and other consumables. We can implement laser technology as a turnkey delivery or as a service. 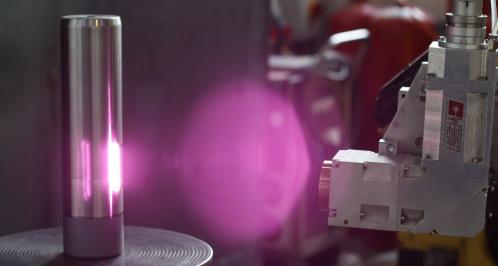 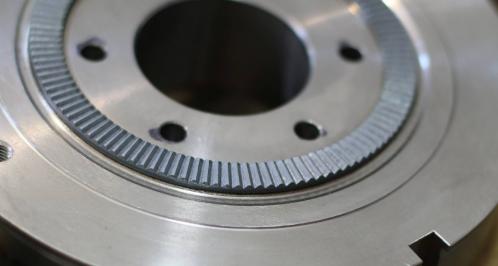 The principle of laser hardening technology is the use of high-power laser radiation for rapid heating above the austenitization temperature. Cooling takes place by the so-called self-cooling effect, where the heat introduced is removed by a separate material, and therefore no cooling medium is needed. Everything takes place under atmospheric conditions. The final structure of the material depends on several parameters (e. g. laser beam power and its mode, ability to absorb laser radiation, properties of the material and its microstructure, cooling rate, etc.). Laser hardening can achieve a hardening depth of up to 2 mm. 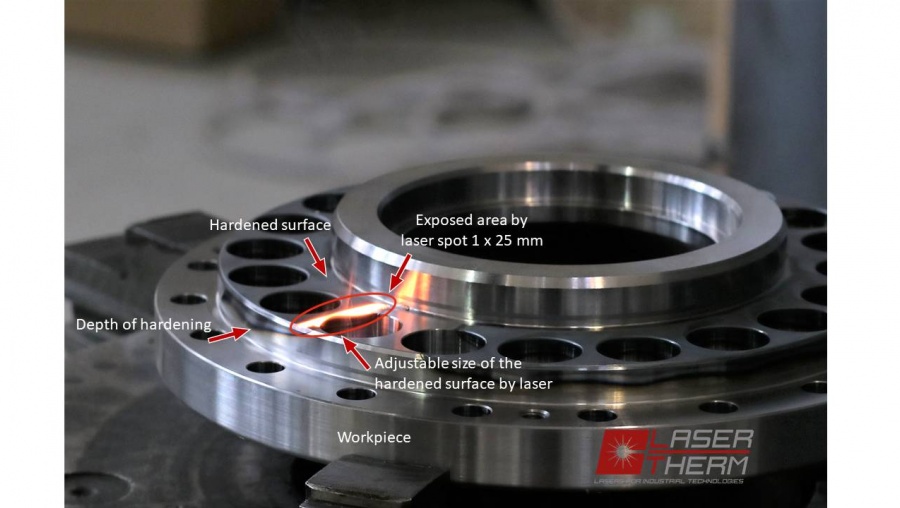 Commonly processed materials include hardenable carbon steels, while the most suitable are alloy steels with Cr, Mo, Mn, V. The hardening of cast iron products and special steels for mechanically and thermally highly stressed components is no exception. 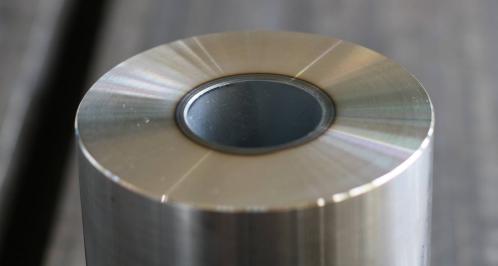 Diode lasers are most often used for laser hardening. The advantage of diode lasers is the possibility of setting the laser beam to the geometry of the hardened part (variously scanned field). Pyrometers are used to control the surface temperature online during the laser hardening process. It is also to use fiber lasers with better beam quality for special applications. Here it is offered to use a laser systém with scanning head.